Millions of Americans can’t get bank accounts, so they can’t even cash a check. Many millions more might have an account but can’t get even a small loan. The numbers (below) are just outrageous.

These millions are forced to turn to predators like the payday loan and check cashing industry. Even those who can get full-service accounts are scammed by the likes of Wells Fargo.

Meanwhile We the people are prevented by our captured-by-Wall-Street Congress from setting up the obvious solution that would solve so many problems: Postal Banking.

The Atlantic reports on a new report and spells it out, in The Millions of Americans Without Bank Accounts

The number of American families without a bank account dropped to about 9 million in 2015, the lowest rate on record since the Federal Deposit Insurance Corporation started gathering data in 2009. Still, around 24 million households are considered underbanked, meaning that they have checking accounts but still rely on alternative services—such as pawn shops, check-cashing operations, and payday or auto-title loans—for their credit and cash needs. And that number, a new report finds, hasn’t improved much at all in the past few years, which means that tens of millions of Americans still struggle without access to basic financial services.

… Around 7 percent of all households don’t have a bank account, down from around 7.7 percent in 2013, according to the FDIC. The most common reason families cited was not having enough money to open and maintain a checking account at a mainstream bank.

9 million Americans without any bank account. (And they call that an improvement!) 24 million more Americans dependent on payday lenders and the like.

The new report referenced by The Atlantic is from the Federal Deposit Insurance Corporation (FDIC), FDIC National Survey of Unbanked and Underbanked Households.

Payday Lenders Feast On These Millions

The lack of bank accounts or an “underbanked” ability to get credit hits people hard. So these millions of Americans with nowhere else to turn have to turn to predatory “payday lenders“ and expensive check cashing outlets.

Instead of evaluating risk in order to block loans to people who couldn’t pay the loan back, the payday loan industry tries to find poor, desperate people, dangles loans in front of them, and then traps them into a cycle that drains them of everything.

The “debt trap” is the actual business model, and they say so.

One payday loan CEO said of their “customers”: “The theory in the business is [that] you’ve got to get that customer in, work to turn him into a repetitive customer, long-term customer, because that’s really where the profitability is.”

Another payday lender even put out a training manual for new employees, saying to employees that their job is to push borrowers from one payday loan to the next.

The chairman of the payday lender‐supported Consumer Credit Research Foundation and president of the Payday Loan Bar Association wrote an email saying, “In practice, consumers mostly either roll over or default; very few actually repay their loans in cash on the due date.”

Jacob Swenson-Lengyel, in A New Report Reveals The Real Story About Payday Lenders, explains the findings of a report from People’s Action titled CAUGHT IN THE DEBT TRAP:

A new report from People’s Action and Americans for Financial Reform details stories of everyday people who went looking for a short-term fix and got stuck in a seemingly endless cycle of debt.

Harold Carnes, who lives in Las Vegas, Nevada, is one of those borrowers. Carnes took out a loan after his hours working for McDonald’s were cut. When his hours didn’t improve, he took out a second loan from a different company. Soon Carnes was taking out a third loan. The debt trap had snapped shut.

“The fees and the interest alone were out of hand and completely unmanageable,” Carnes said. “The loan companies went into my meager bank account, that left my bank account overdrafted with the fees, and my account ended up being closed.”

Carnes’ story lines up with the data. The CFPB’s own study found that four out of five people who take out a payday loan are forced to roll over or renew the loan within 14 days. Payday and car title lenders may advertise their products as a solution for customers looking for short-term, small-dollar loans. But because lenders fail to assess a borrower’s ability to repay, the reality is that people are saddled with long-term debt at soaring triple-digit interest rates. The impacts can be devastating.

Guess who is hit hardest by this. (Hint: minorities.) The Atlantic article explains:

The fact that some feel banks aren’t interested in serving their communities is troubling but unsurprising. The underbanked population is largely made up of Americans who are poor, black, or Hispanic. Many haven’t finished high school or college. These are the same populations that the American banking system has willfully alienated for generations through concrete policies such as redlining and subprime-credit targeting.

Payday loans hurt all their customers, of course, not just minorities. But studies have shown that payday lenders disproportionately exploit minority neighborhoods with loans that are issued at an average annual interest rate of 455%. The average number of loan each borrower takes out is nine pre year, according to one study, as these high rates lead to a cycle of indebtedness. The loans are secured with the borrower’s next paycheck, so only people with jobs qualify. It’s a vicious circle, designed by the banking industry to maximize profits at the expense of the economically vulnerable.

This pillaging is taking place against the backdrop of an ever-increasing racial/economic divide. A Brandeis University/Center for Responsible Lending study showed dramatic increases in the economic gap between white and African-American households, as the difference in their financial assets quadrupled between 1984 and 2007.

[. . .] American banks have a long and checkered racial history. Government intervention was required to stop “redlining,” the practice of denying financial services (or charging more for them) to minority neighborhoods. The biggest banks play a major role in backing auto loans, which studies have also shown to charge higher interest rates to African Americans than Caucasians. HSBC settled a lawsuit accusing it of charging minority borrowers more. Do payday lenders really target minorities? As this study shows, these fringe bankers have disproportionately set up shop in minority neighborhoods. The study, “Race Matters,” was conducted in North Carolina, where African-American communities had three times as many payday lenders per capita as white communities, even when adjusted for other factors.

There is a simple solution that would help millions of Americans, and it is right in front of us: Postal Banking.

There are post offices in every town and city in the country. Imagine if Americans were allowed to do what millions of people in countries around the world take for granted. Imagine if we could get a simple account at the post office that lets us take care of basic banking functions like saving money, cashing or depositing checks, paying bills and getting small loans. Imagine Postal ATM cards for people to use at local stores or to get cash from ATMs at the local Post Office.

Imagine if We the People were allowed to do all this without paying large fees or worrying about getting scammed Wells Fargo-style.

If We the People could be allowed to have a simple bank account at our Post Offices this would solve a problem for millions upon millions of Americans. This would help people. It would keep people away from the debt-trap clutches of the predatory payday lending industry.

This is not an out-of-the-mainstream idea. Lots of countries do it. This country used to do it. In fact, the Postal Service still issues money orders. 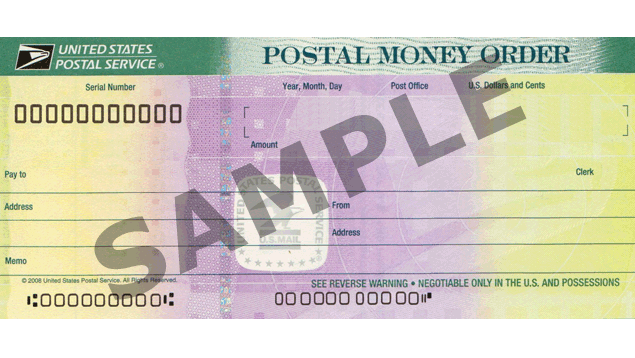 Sen. Bernie Sanders has been pushing for postal banking, saying:

“I want to see our post office be reinvigorated,” Sanders said in a Fusion interview this week with Felix Salmon, and postal banking is “one of the ways that I think we can help not only the U.S. Postal Service, but help a lot of low-income people.”

[. . .] In a 2014 Wall Street Journal op-ed on saving the USPS, Sanders wrote:
[T]he Postal Service should have the flexibility to provide new consumer products and services—a flexibility that was banned by Congress in 2006. It is now against the law for workers in post offices to notarize or make copies of documents; to cash checks; to deliver wine or beer; or to engage in e-commerce activities (like scanning physical mail into a PDF and sending it through e-mail, selling non-postal products on the Internet or offering a non-commercial version of Gmail).

Sen. Elizabeth Warren has been pushing for postal banking. In April, 2014, Warren wrote in, Coming to a Post Office Near You: Loans You Can Trust?

With post offices and postal workers already on the ground, USPS could partner with banks to make a critical difference for millions of Americans who don’t have basic banking services because there are almost no banks or bank branches in their neighborhoods.

… If the Postal Service offered basic banking services — nothing fancy, just basic bill paying, check cashing and small dollar loans — then it could provide affordable financial services for underserved families, and, at the same time, shore up its own financial footing.

Postal banking is an idea whose time has come (back.) We the People should be able to use our post offices for basic banking functions like simple savings accounts, cashing and depositing checks, ATM cards and getting small loans. There is no reason not to do this.

This post originally appeared at Campaign for America’s Future (CAF) at their Blog for OurFuture. I am a Fellow with CAF. Sign up here for the CAF daily summary and/or for the Progressive Breakfast.